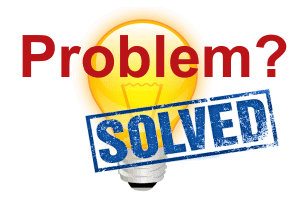 When Greg of SVA contacted Pioneer Service, he had a problem. He had just learned that his supplier of turned parts was closing their doors after more than 20 years of doing business with him. He had taken for granted how well they understood his business and now he had an urgent need for machined parts and they weren’t going to be able to help. If he didn’t have parts, his customer was going to apply penalties. Like many of our customers, Greg turned to the internet for help.

He sent out several RFQ’s to machine shops that he found online. Within minutes of reaching out to Pioneer Service, he received a quote from one of these shops, and since it was such a hurry to get 3 of these parts, he had placed the rush order, with a promised 10 day ship date, just before we contacted him in response to his request. Greg’s first impression of the service at Pioneer was a pleasant surprise, when he received a phone call within an hour of receipt of the RFQ he had submitted our website. He explained that he had just placed the order, but he would still like a quote since he was looking for a relationship with a new supplier for a large family of parts. His product line had no less than 50 similar parts with 10 families of parts within the group.

Pioneer Service provided a quote for 3 sample parts. A week later we received the email:

“I am sending an email to you sooner than I expected.  Today I was supposed to get parts from a vendor I mention to you in my previous email.  I was concerned if I would get parts on time.  Unfortunately, my concerns were justified.  Today I learned that the delivery date was pushed out 10 days.” He went on to ask if we could meet the 10 day delivery.

We quickly evaluated capacity and determined that we could promise a 10 day delivery of the same screw machined parts, which was a mix of part configurations and quantities. Greg decided to cancel his order with the late supplier and go with us. Eric Smith, director of sales, worked closely with Greg to determine which parts used the same tooling and could be run in sequence with reduced set-up costs. The delivery was critical. We contacted our tooling suppliers to get costs for rush orders and let Greg know what it would take to guarantee delivery by the drop-dead date. Within 24 hours, the order was placed, tooling and material was on it’s way and SVA had shipped us gauges for checking the parts.

Within 10 days, the parts were at his door. The day before we shipped, we sent a notification that we would be on time and we received the following from him: “Thank you Eric, You have saved our reputation.  ….  I am really happy that we will be able to ship them tomorrow.”

Soon after that first shipment, Greg requested pricing for all the parts in his product line. Eric sent him an email which included the following “I have attached our existing P/N Reference Chart showing the 10 acceptable part groupings/set-ups color coded accordingly.  In order for us to group parts, they need to have the same major OD and they have to be a similar part.  Let’s refer to this chart to easily determine which parts can be grouped.”

With his new customized program, Greg can now be confident that he has a supplier who understands his business model, provides the most competitive pricing possible and can be depended on for on-time deliveries. Pioneer Service was able to solve both his immediate problem with a rush order and provide a solution tailored for his company and type of parts to make sure that he has quality parts for his growing business.