Part 1: Finishing Services that Add to or Alter the Component Surface 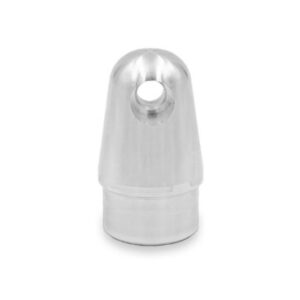 Here is a quick overview of the some of the most common types of finishing services:

bead blasting the surface of a precision machined component creates a uniform matte (satin) finish and removes the tool marks that are often visible from the machining process. This is often used when the component will be visible. As the name suggests, the component is blasted with small beads from a pressured gun. The process removes some material and leaves a smooth surface. 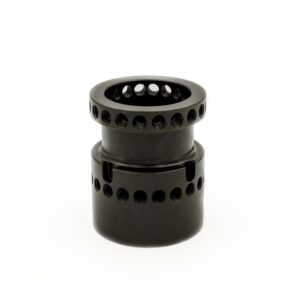 Black oxide is a conversion coating which turns the surface of the precision machined component black.  It is used for mild corrosion resistance, to minimize light reflection and often for appearance.  Many parts for the firearms industry require a black oxide finish to reduce light reflection. More on this process can be found in our blog post on Black Oxide.

Burnishing is a forming process that alters the surface finish, size or surface hardness of a precision machined component and creates a mirror finish. It can be used to improve corrosion resistance, to eliminate surface porosity, reduce fatigue failure and reduce surface visual defects. In the process, a hardened and coated ball or roller are run over the surface of the component to deform (or shape) it to the specified requirement.

Case hardening is a process to harden the surface of a metal component, while leaving the interior (core) metal at its original, softer state. 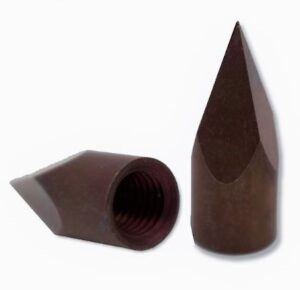 This allows the core of the component to absorb stresses, but the outer surface to have improved wear resistance. There are several different types of case hardening processes depending on the material and requirements. The most common types of case hardening for precision machined components include flame hardening, carburizing and nitriding. Flame hardening is the most common and heats the component (or bar stock) rapidly to a specified temperature, and then cools it rapidly, creating a layer of martensite on the surface.  Carburizing and Nitriding are explained below.

In this process, the metal coating on the machined component is achieved in a chemical bath that includes a catalyst (in contract to the electroplating process which uses an electrical current to plate the component). Plating provides improved surface finishes, as well as improved wear and corrosion resistance. The main advantage of electroless plating is that it creates an even layer of plating, regardless of the geometry of the part. Electroless nickel plating is a common type of plating specified for precision machined components.

is a process used to coat a machined component with a layer of metal, using an electrical current.  Widely used to improve surface qualities, it offers improved appearance, corrosion and abrasion resistance, lubricity, electrical conductivity and reflectivity, depending on the substrate and the plating material choice.

There are two general ways of electroplating machined components, depending on the size and geometry of the part:  barrel plating (where the parts are put in a rotating barrel filled with the chemical bath) and rack plating (where the parts are attached to a metal rack and the rack is then dipped in the chemical bath).  Barrel plating is used for small parts with simple geometries, and rack plating is used for larger parts with complex geometries. 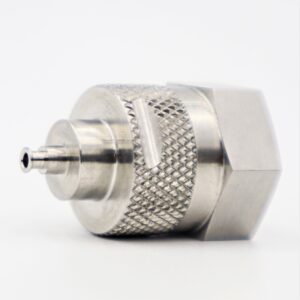 is a process to add a series of indentations on a machined part so it is easier to handle (doesn’t slip in someone’s grip). It is often used on fasteners where they will need to be screwed into something – the knurled surface makes it easier to grab the part for turning.  Knurling can be done on a CNC Swiss part during the turning process or added to a part after it has been machined.

is a conversion process which changes the surface layer of the component.  Parts are dipped in a chemical bath which changes (converts) the chemical composition of the surface. The terms passivation refers to the fact that the process makes the material more passive (less likely to be affected by the environment). The coating protects the substrate material. 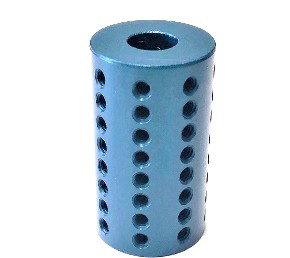 is a forming process that produces a thread on a precision machined component. While many threads can be produced during the turning process on a CNC Swiss machine, some materials (like titanium) are best thread rolled after the blanks are machined. Many aerospace threaded fasteners use threads rolled after machining.  In this process a die that is shaped with the threads is pressed against the machined blank, and physically moves (displaces) the material to form the threads (as opposed to the making threads on a CNC Swiss lathe, where the thread is formed by removing material from the bar stock). Just from a visual comparison, it is difficult to tell the difference between threads that are thread rolled or threads that are machined.